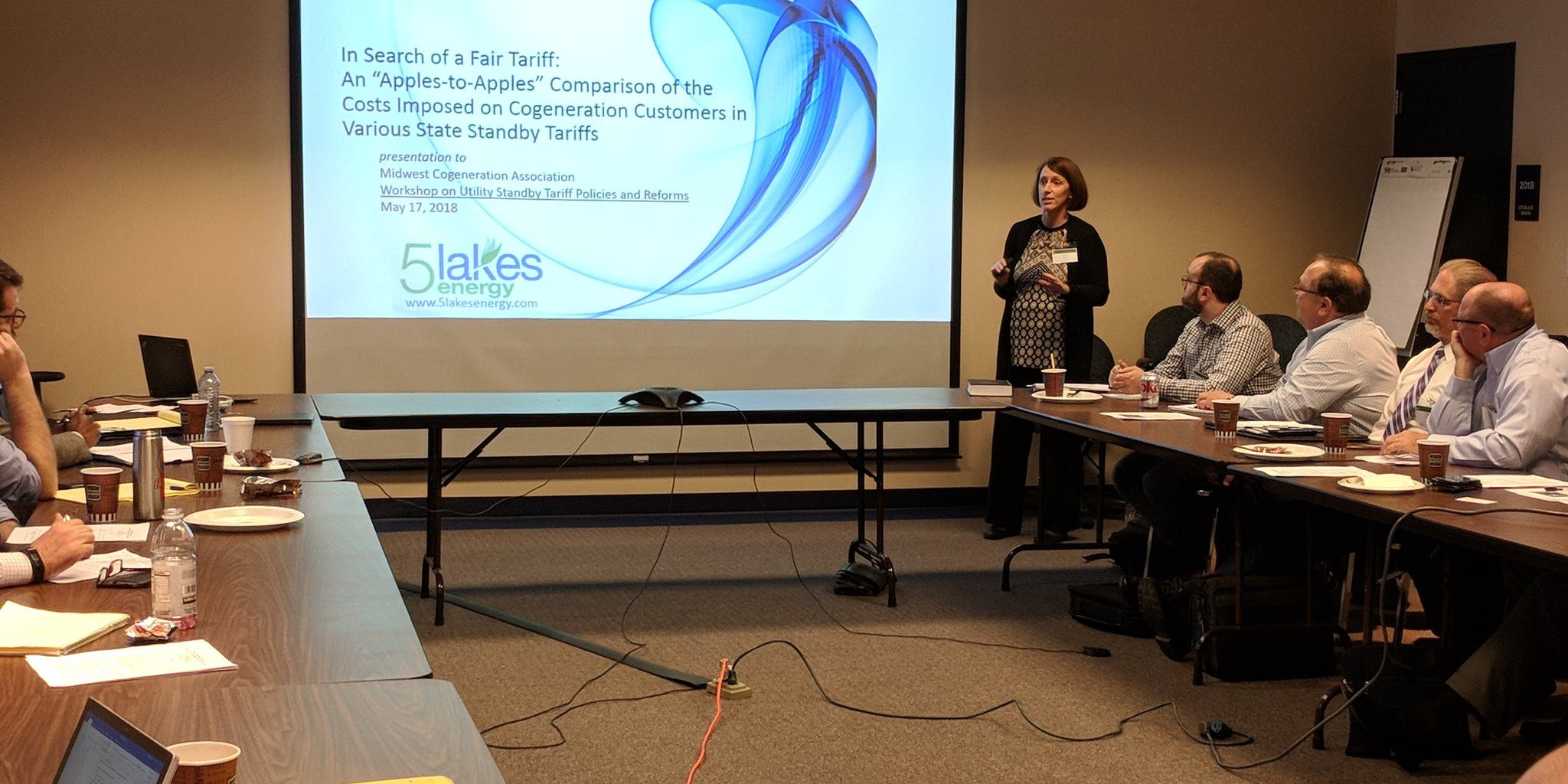 On May 17,  5 Lakes Energy’s Jamie Scripps presented on standby rate design at a day-long standby rates workshop in Chicago, Illinois co-hosted by the Energy Resources Center and the Midwest Cogeneration Association. The workshop was attended by CHP developers and end-users interested in working together with utilities, regulators and other stakeholders to reduce barriers to the deployment of CHP. Poor standby rate design has been identified as a key barrier to the development of otherwise economical CHP. 5 Lakes Energy has developed an “apples to apples” analysis of standby rates in which a sample customer’s monthly charges are calculated according to a variety of different utilities’ standby tariffs. The “apples to apples” comparison has allowed for thoughtful discussion around improving standby rates as part of regulatory proceedings, working groups and other initiatives in Indiana, Michigan, Minnesota, Ohio and Pennsylvania.