You know what the Midwest is? Innovative and Restless… 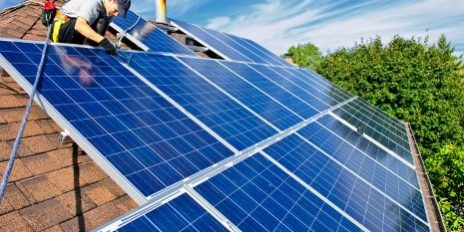 By Benjamin A. Stafford, Senior Consultant

Last week, the Public Utilities Commission of Ohio (PUCO) renewed conversations in Ohio’s review of technological and utility regulatory innovations. Three days of discussions in the third phase of PowerForward, focusing on Ratemaking and Regulation, were heavy on acronyms, bullet points, technical graphs, market data, and open dialogue about what could become Ohio’s grid of the future.

So how can we learn from Ohio? As with many industry changes, Ohio’s discussions were full of quotes, mental models and mixed metaphors. As a policy nerd, and a former PUCO employee, I was in the room and Twittersphere (search hashtag #PowerForwardOH). Below are five catch phrases (somewhat paraphrased) that I pulled out from my observations in the back of the room in Columbus.

Also, appropriate roles may vary across states and regulatory regimes (e.g. vertically integrated or deregulated markets). The debate is often between which services are basic services, and those that are value-added, and market driven. In many cases, utilities may be positioned to grow a market for energy services. In other cases, utilities and competitive service providers should not be competing to provide the same services to customers, and that utilities’ role may be limited to only those services with monopoly characteristics. A recent Lawrence Berkeley National Lab report, Value-Added Electricity Services: New Roles for Utilities and Third-Party Providers, covers a number of perspectives (full disclosure, yours truly was a contributing author).

The bottom line? The debate on roles within a modern grid continues.

“Yes, either the chicken or the egg comes first.”

The second debate at PowerForward was the role of regulators interacting with market forces. A question often posed to regulators is whether policies should precede market activities, or should those polices react to those markets as they develop? There is vigorous debate about whether once causes the other, often ending in the question: “Which comes first: the chicken or the egg?”

The answer seems to vary by both specific technology and market characteristics. In Day 2 of last week’s PowerForward, there was rigorous debate in the regulator’s role in facilitating electric vehicles and energy storage through regulatory approval of utility-owned infrastructure. Much like the roles debate, the role of utilities and regulatory policy can vary. In Michigan, there is significant push to align policy and regulatory frameworks around automated, electric, and shared vehicles, The Institute for Energy Innovation (IEI) recently released “Powering the Mobility Revolution: The Case for Integrating Vehicle Electrification & Batteries into Strategies to Promote Autonomous Vehicles,” noting that both regulators and utilities stand to play critical roles in developing infrastructure to meet the Michigan’s needs for charging infrastructure.

With energy storage, there are many opportunities for monetization from markets, and regulatory policies will vary. As Jeff Taft of Pacific Northwest National Lab noted, “There may be better ways than existing and proposed market mechanisms to enable adoption of storage for distribution operational and resilience purposes.”

The point? Most presenters recognized that no matter the technology, regulators have a role. Some technologies may need regulators to spur markets, while others may mature absent regulatory action. The chicken and egg situation is complex. Perhaps a better statement would be “When you come to a fork in the road, take it!”

“The rates of change require a change in rates”

The second week of PowerForward’s Phase 3 will focus on rate design issues. One driver of new rate designs stems from the increased use of distributed energy resources (DERs) by customers. Today’s DERs can provide value to the grid and customers in new and exciting ways, but many utility and customer rate designs were not designed in anticipation of those value streams. It is important for utilities to fairly recover appropriate revenue and maintain a system that provides safe, reliable, universal electricity service. Rates must also send appropriate signals to motivate customer behaviors that benefit themselves and the grid.

In fact, 5 Lakes Energy’s own Jamie Scripps will present on issues regarding rates that impact the use of combined heat and power (CHP) technologies. CHP technologies use heat that is a by-product from processes, such as industrial manufacturing, to drive additional processes or produce power. CHP uses heat that would be wasted in more efficient manner and can often lower customer bills or provide compensation for customer-generated power. But rates can impact whether CHP projects are economic. Standby rates compensate utilities for power, if a CHP breaks down or goes offline for maintenance. In a review of standby rates across Michigan, Minnesota, Ohio, and Pennsylvania, the 5 Lakes Energy “apples to apples” analysis found that rates are often not transparent, lack consistency across utilities within a given state, or are based on varying assumptions; all of which may erode both the economic benefits to CHP providers, and benefits to the grid. According to Scripps, “The takeaway from our analysis is that rates should be transparent and accessible to customers, and that we should be thoughtful and intentional about what behaviors are incented by a rate’s structure and design. While our specific analysis looked at CHP and standby rates, these are lessons that apply across all technologies and all customers as we look to modernize the grid.”

The punchline? Given the pace of change in technologies, rates must keep pace to integrate those technologies and values. Rates can change the behavior of customers, the nature of customer investments, and the types of DER technologies that make their ways onto the grid.

Another common refrain in Ohio and elsewhere is the mantra of “walk-jog-run.” This phrase was originally coined by Paul De Martini of Newport Consulting Group (see PowerForward Phase 1 presentation). The Walk-Jog-Run framework is used to characterize current and future states of customer engagement and growth of DER deployments, which will impact how distribution grids develop. The framework notes that as time grows with experience in a modern grid, there will be increased value for customers to be empowered and then co-create grid value. The framework also implies that individual jurisdictions will likely start in different places in building a modern grid.

But what role do regulators have? Paul Centolella, of Centolella & Associates, LLC, noted in his presentation that the regulator plays a role in determining appropriate paths on which the industry may go. With the amount of customer cost and benefit on the line, it seems that wandering without a trajectory could be dangerous.

The takeaway? With thoughtful regulatory considerations on how grids, markets, customers, and utilities will interact in a future grid, it may be that jurisdictions can avoid the risk of walking-jogging-running turning into standing still; or maybe worse, wandering aimlessly.

Many PowerForward presenters used the phrase “at the end of the day” to sum up options and opinions. Ohio’s not alone in asking what a modern grid will look like at the end of the day. The pace of change in technologies and markets applies pressure on the usefulness of rules and regulations. Many state regulators in the Midwest (and elsewhere) are experiencing and/or facilitating industry changes. Whether it’s Illinois NextGrid study of the utility of the future, Michigan’s 2016 energy laws or efforts in distribution system planning, Minnesota’s Grid Modernization initiative, the days for planning are upon us.

Last week’s conversations in Columbus show the foresight in the idea of PowerFoward – that a regulatory body is thinking about how best to deliver a grid of the future that benefits to the state’s residential and business consumers before that grid has arrived. By asking questions at the beginning of the day, the PUCO is building a knowledge base to plan for the end of the day. To that, I say “keep Power(ing)Forward, Ohio.”